I have been so wonderfully gifted with a most wonderful prize by Sita and her silversmiths at Faerybeads as the winner of their Spring Contest and the forum gives me so much fun and joy, that I would like to give something back to you, my dear bead friens

As these brave pansies awaken and stretch their beautiful tiny heads into the first rays of the spring sun, soon all nature will follow. Therefore I would like to start the „Nature Awakens“-Challenge.

It is open to all existing members of BT and it will run all the way through May Day (1st of May).
Please post your version of „Nature Awakens“ - bead related, craft or talent related or simply related to you, your pets, your garden, your dreams, poems, photos, paintings, felts, crochets... - there are endless possibilities - you are the creators here

The winner will be drawn randomly on May 2nd.
Of course there will also be a pize: One PG 1 or PG 2 Trollbeads bead of your choice

Thank you dear Trollperle! I am sure this will be much fun! will have to think of something,

despite me having "spring fatigue" (Frühjahrsmüdigkeit) ....

Your pic is great! such perfect colours!

That is so sweet of you to want to give something back.
I can't wait to hear all the different stories of everyone.

When I read 'nature awakens' I immediately looked down next to my desk and at my ginkgo tree, that I got as a tiny sapling a few years ago... which has 'miraculously' grown since February this year and is now waiting eagerly to get out onto the balcony when the temperatures are finally high enough.
It's a longer story, will tell you later and take pictures. 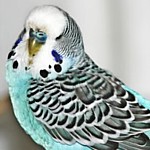 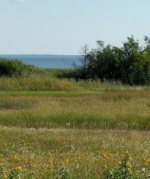 I love pansies. I'm hoping to do a giveaway of Pansies at work for Arbor Day in a couple of weeks. Still need to contact seller to see if they can provide 360 flats (6 plants). Part of the Employee club at work. We get to do fun events. 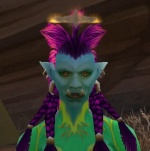 I absolutely love the theme

Thanks for bringing it up

Spring is a very intense time of the year. It feels so good to see the first seeds grow up and hear the birds sing.
Although this year it's still rather cold here.

Some years ago Mrs. Blackbird decided to have her nest on our windowsill. 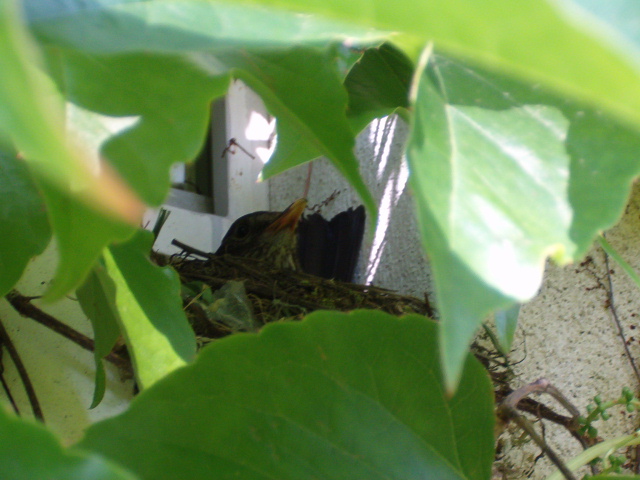 It was incredible cute to see the baby birds grow up (and I came back ever day to take pics)
Here are the chicks on their first day: 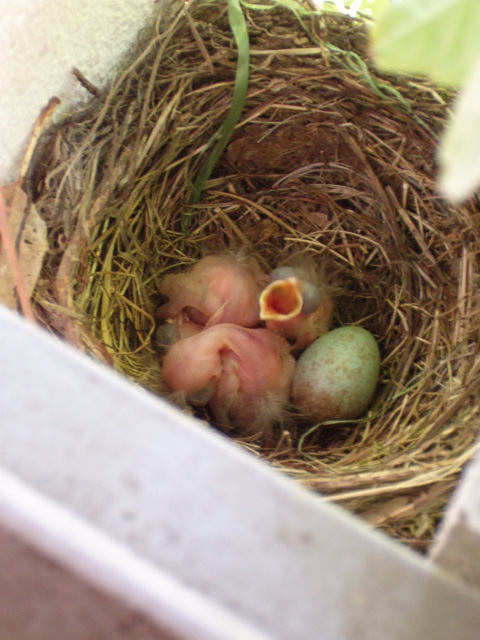 and the day before they left the nest: 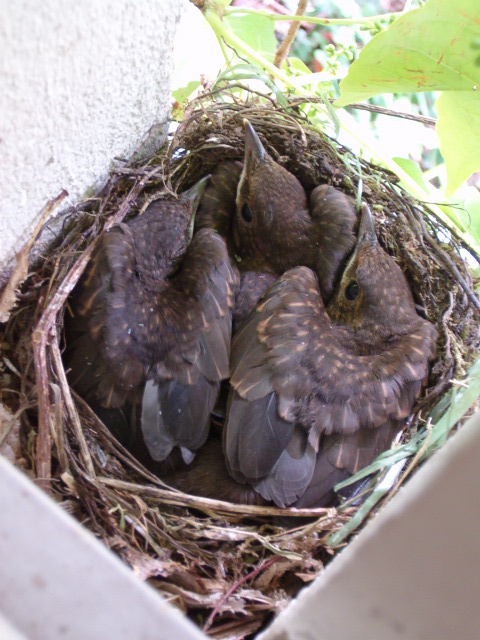 Thank you for the beautiful impressions of nature, love the Pictures !!!!!!

Oh Fleur, these are uber-cute

Dear Reltan, Yes, I suggest we post all in this thread. That way all will be together

Ah, Minty, I am now very eager to see the photo of your miraculous Gingko and to hear its story

Enaktra, are you really giving away 360 Pansies? That surely will be many happy colleagues! Pansies are one of my all-time favourite flowers. The other is Snap-Dragons (go figure

Spring-tired Cats: This thread is a great remedy against spring-tiredness, I hope it will help you! 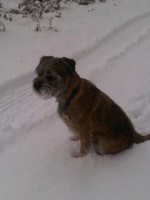 Cottinghamgirl, that is so precious! I love the spring feeling, and how the cherries are blossoming in your bracelet as well as in the picture - and also all those fantastic memories

Thank you very much for sharing

It's not going to be full grown pansy plants. It'll be starter plants. But yes! 360 starter plants to be handed out. We think it'll be fun.

Of course outside the challenge, but it is too cute not to show (well, what can I say, I am the proud crochet mummy of this chick

Ohhhhh the crochet chick is too cute

Hopefully I will find time this weekend to take a pic of my little ginkgo and tell the story.

A little Collage of the pictures so far

[You must be registered and logged in to see this link.] wrote:Spring-tired Cats: This thread is a great remedy against spring-tiredness, I hope it will help you!

I am about to overcome the spring-tiredness,

a cat cannot lie all the time in a warm place, a cat must also be on the run...and so I have started running again!

I am hoping to find something on my days off..., love your crochet chick!

I am over-whelmed by everyone's spring theme photos so far.  I hope that I can come up with something as worthy.  The photos of the nests are amazing.  The pansies in those gorgeous colors are the essence of spring.   A bracelet that matches a lovely oil painting of spring is perfect.  And then Trollperle crochets a cute baby chick and makes a bracelet to match!

Oh yes, Minty, please share your Gingko´s story and Gail, everything is "worthy"

Oh, the bracelet I did not make for the chick. I have had it for a few weeks now as a celebration of spring and the chick "borrowed" it

Well here comes my ginkgo story... it's a bit embarrassing as it clearly exposes my lack of gardening knowledge. I guess the ginkgo is the perfect plant for someone like me after all...

The story began 6 years ago...

I was gifted with a belated birthday present of a tiny ginkgo sapling in an even tinier flowerpot. The little sapling consisted of a short green stem of the size of a match with two fragile leaves growing out of the top to either side. I was so happy as this plant is truly a living fossil and due to being a geologist I immediately fell in love with it.

I happily placed it on my windowsill where it would get enough light and was careful with not adding too much water to the plant. I wanted to do everything right. That was in November.
The following weeks not much happened with the plant and I was contend that I wasn't ruining it.

Slowly though over the course of winter, the leaves of my little sapling turned pale yellow...

I started to panic, wondering what I was doing wrong? Too much water? Too little water? Too much daylight? I relocated the flowerpot to a different windowsill with less direct sunlight, but nothing changed with my little plant.

Then spring came... but sadly the leaves were still yellow and the plant didn't grow at all. Summer followed and the only reaction my plant gave to my caretaking was the leaves getting more yellow with the passing months.
Finally the plants abrupt reaction came during autumn: the two little leaves dropped off.

I was really sad... had I killed my plant? No - I couldn't - the little stem is still green, it will surely start to grow...
But it didn't... it simply turned all brown and dry.

Winter came and went by and nothing changed. My mother told me my plant had all dried up and wanted to toss it away but I refused. I was desperately hoping that something would grow out of the stem again.
Then spring came and I thought maybe the plant needs some sun and warmth and when the temperatures allowed it, I put the flowerpot outside on the balcony.

For the first few weeks nothing happened. But after a while I could see a little bit of green on the top of the dry brown stem. It wasn't dead after all and I immediately showed my mum yelling 'I knew it, I knew it'.

During the following weeks, 5 little leaves were growing out of the stem. I couldn't have been happier, 5 was definitely an improvement over the starting two leaves.
Then autumn came again and the 5 little leaves turned yellow.

And all of a sudden I realized how stupid I had been. The ginkgo tree was deciduous and simply lost it's leaves with the change of seasons. And it's definitely not meant to be kept indoors.

With that knowledge in mind, the caretaking was much less stressful. I took my little plant indoors when the temperatures fell close to freezing and put it in a dark place under my desk and gave it no water until spring. When the temperatures would allow it, I would put it back out onto the balcony and soon the new leaves would grow.

The next 3 years the growth of my plant improved a little bit, it started to grow it's stem a bit in addition to the ever growing number of leaves with each season and next to last year it even grew a second stem out of the root. Meanwhile my plant had gained the 'enormous'

height of 40 cm and resided in it's 3rd flowerpot. I still had the illusion that maybe it will stay at that size and I could maybe have a bonsai version of a tree that I could carry with me once I move into a new place or new country....

Then came last winter. My plant was residing in the dark under my desk and sleeping as every year. Everything was totally fine... until I noticed a green sprout on one of the stems. I immediately went to my dad and asked if he secretly watered my plant.

(He's notorious for watering the plants that my mother is trying to get rid off and miraculously they all start to grow again much to her dismay.)
Being 'accused' of his crime he naturally denied having done anything. I insisted he must have done something since my plant is growing a green sprout in January. He was still denying...
My little ginkgo was growing (still in the dark under my desk) at such an enormous rate that you could literally watch him doing so. It took him maybe 3 weeks when he was hitting the tabletop from underneath and I had to fetch him and put him next to the table to be able to grow even taller than the table.
When my dad saw the tree next to the table he stared in disbelief and said 'it can't have grown that much from half a cup of water'. I was like 'I knew you were the culprit who watered it' and he just said he didn't think that half a cup of water qualified as 'watering'.

Well my tree obviously proved him wrong... I had not watered it until recently when he stopped growing (thankfully).
Meanwhile it has reached a height of about 80cm. That means he doubled his height in one year. I will soon put him outside so he can enjoy the sunshine again... and then maybe next year or the year after our lives will have to separate again

when he's getting too big for a flowerpot and I have to plant him somewhere to grow into a large and majestic tree.

That's my story how nature 'miraculously' awakened in January... at least I thought so until I found out it happened by mistake after all.

Here's a picture of my tree... the green parts have grown this winter in darkness under my desk with half a cup of water...

Oh Minty I love your gingko story! I'm amazed at the growth in the darkness with just 1/2 cup of water.

Trollperle, your crochet chick is so adorable and has good taste in bracelets.

Here's my spring picture contribution:
Our first year at our old house, we got some little duck visitors for spring.
[You must be registered and logged in to see this link.]