The New Year is drawing near quickly....busy, festive, family days are ahead, so I'm a bit early instead of too late to share my best wishes for you today and throughout the coming year:

✯ ❄ ✯ peace of mind, prosperity, happiness that multiplies, health for you and yours, fun around every corner, energy to chase your dreams, and joy to fill each day! ✯ ❄ ✯

Thank you once more for a fabulous year and looking forward to seeing you back in the New Year!

"The Fenghuang is also called the "August Rooster" (Chinese: 鶤雞; pinyin: kūnjī) since it sometimes takes the place of the Rooster in the Chinese zodiac. In the West, it is commonly referred to as the Chinese phoenix or simply Phoenix. It is a symbol of high virtue and grace. The Fenghuang also symbolizes the union of yin and yang. In ancient and modern Chinese culture, they can often be found in the decorations for weddings or royalty, along with dragons. This is because the Chinese considered the dragon and phoenix symbolic of blissful relations between husband and wife, another common yin and yang metaphor. In China and Japan it was a symbol of the imperial house, and it represented "fire, the sun, justice, obedience, and fidelity"." 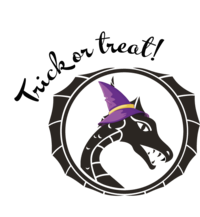 Happy New Year to you as well, Sita!

Thank you for all your wonderful designs. The Phoenix looks just amazing in red gold, it has got to be my first bead purchase of 2014